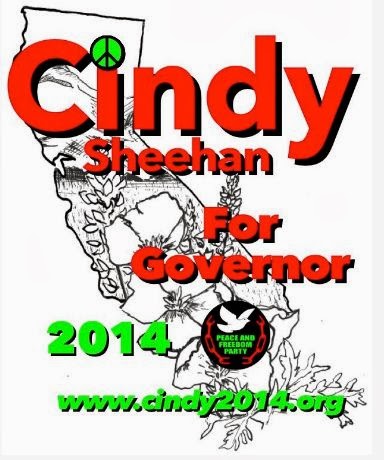 Solidarity with the People of Cambodia [link]

2014-01-06 from "UPI" newswire:
Phnom Penh, Cambodia -
Cambodian police removed about 1,000 anti-government protesters, including garment workers, from an industrial park in Phnom Penh after deadly clashes with security authorities.
Demonstrating workers were demanding the employers' organization Garment Manufacturers Association in Cambodia double their monthly wages to $160 this year.
Police moved into the camp on the weekend, pulling down temporary speaker platforms, overturning food stalls and pushing people away from the park, the BBC reported.
The break-up of the camp ended nearly a month of mostly peaceful protests, but not before four people were killed in fighting with police last week.
The government of Prime Minister Hun Sen remains sensitive to unrest in the country's garment sector because of its importance to the economy, accounting for up to 80 percent of exports.
Because business has been booming for factory owners, many of the industry's 500,000 workers want to see this success translated into higher wages and improved living accommodation services.
The demonstrating garment workers' demands have been supported by the opposition Cambodia National Rescue Party.
CNRP members quickly joined the garment workers last month as part of the party's call Prime Minister Hun Sen to resign after what it claims was a fraudulent national election in July, the BBC reported.
The protesters' mood changed last week after the Labor Advisory Council -- which consists of government, union and factory representatives -- raised pay from $80 to $95 for full-time workers and $90 for temporary workers, Radio Free Asia reported.
The Ministry of Labor also announced a plan for an annual pay rises in the minimum wage so full-time workers would get $160 and temporary workers $155 by 2018.
But the workers representatives rejected the plan, demanding an immediate hike to $160 dollars.
Radio Free Asia reported the government also issued a statement urging "workers and employers to remain calm, continue their operations [and] avoid falling into the political traps of opportunists."
But Rong Chhun, president of the Cambodian Confederation of Unions, appealed to workers to reject the increase and continue their protests.
"We are demanding [a much higher minimum wage] for the workers," he said. "Please, workers, join the strike so that all factories will close their doors. This is to pressure the government to raise the workers wages to $160 dollars."
CNRP President Sam Rainsy backed the union, calling for a nationwide strike by garment workers unless the $160 a month demand is met.
Radio Free Asia reported tensions and protests inside and outside the camp increased after the CCU dismissed the pay rise and Rainsy called for more strikes
About 3,000 workers from the garment maker Medtecs Cambodia in Kampong Cham province, north of the capital, and 5,000 workers in the Manhattan Special Economic Zone in the southeastern province of Svay Rieng demonstrated against the low wage increases.
Also, at least 500 workers from the Pak Sun Knitting Factory surrounded the Ministry of Labor building in Phnom Penh, RFA reported.
In Phnom Penh, protesters threw rocks, used slingshots and built barricades of scrap, lighting some on fire. Police responded with live rounds of gunfire, killing at least four people, the BBC reported last week.
The CNRP has been a thorn in the side of the ruling Cambodian People's Party since Rainsy, 64, returned from self-imposed exile on July 19 to fight the national election.
However, Rainsy, French-educated and a former investment manager in French financial companies, was ineligible to run in the election. In 2010 he was sentenced in absentia to 11 years in prison on charges he says were politically motivated.
Upon his return -- thanks to royal pardon issued at Hun Sen's request -- tens of thousands of people greeted Rainsy at the airport and along a route to a park where he spoke to supporters, Time magazine reported at the time.
Sen, 60, has been in power for 28 years and won another five-year term in July, but the party's grip on the National Assembly was weakened considerably.
The CPP won 68 of the 123 seats in the elections, 22 fewer seats than it picked up in 2008.
Rainsy, who's CNRP won 55 seats, claimed major voter irregularities.
"The CNRP doesn't recognize the result announced by the ruling CPP or the very similar National Election Commission results," Rainsy told reporters at his headquarters in Phnom Penh after the election.
"Fifteen percent of voters -- about 1.3 million -- were unable to vote because of [voting] list irregularities. There also were about 1 million ghost names on the voter list and about 200,000 duplicate names."
Posted by Peace & Justice at 7:33 PM No comments:

Campaign for the Homeless Bill of Rights